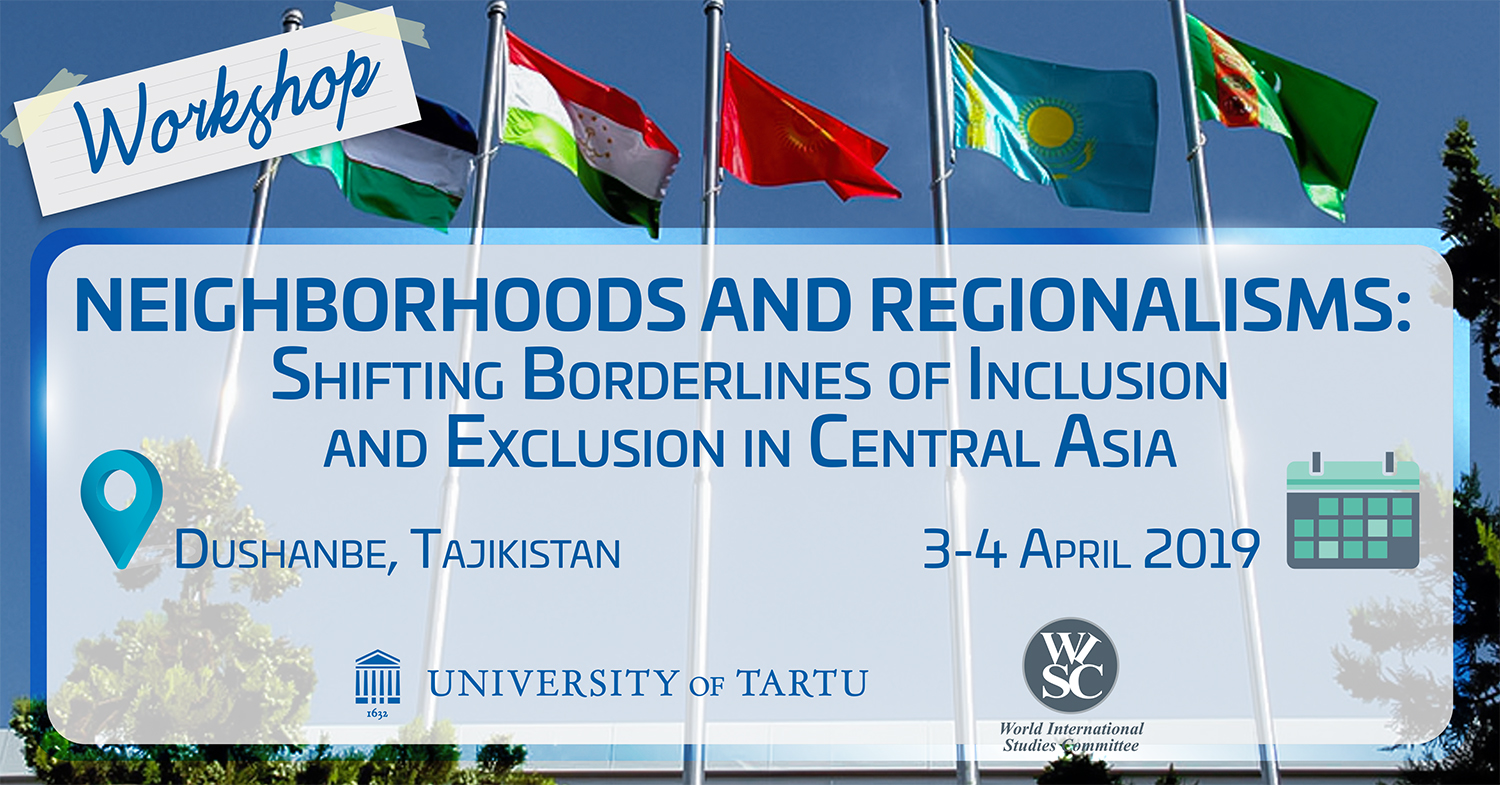 Neighborhoods and Regionalisms: Shifting Borderlines of Inclusion and Exclusion in Central Asia

This workshop will be co-organized by the World International Studies Committee (WISC) in cooperation with the Johan Skytte Institute of Political Studies at University of Tartu. It intends to give an analytical perspective on the dynamics of different types, forms and modalities of regionalism unfolding in Central Asia where local agency intersects with policies of major power holders. These cooperative and conflictual encounters can be conceptualized as a series of neighborhoods that differently link and relate major actors – China, Russia, Turkey, and Iran - to each other and thus shape these interconnections as areas of inclusion and exclusion, bordering and debordering, securitization and desecuritization.

The workshop plot draws upon a rich legacy of studies in region-(un)making that became one of the buzz words after the end of the Cold War, with the EU being widely considered as a pioneer and a locomotive of regional integration in those spaces where EU-centered normative order could be projected. However, in recent years a new set of questions is being raised: how feasible might be alternative regional projects beyond the West? How important regional dimensions could be for a “post-liberal” and apparently “multi-order” world? Can illiberal political regimes develop their own visions and conceptualizations of regionalism and policies of neighborhood?

Against the backdrop of these main questions, the organizing team wishes to focus on the following landmarks:

Thus, the structure of the workshop will reflect the basic points we seek to elucidate and understand:

Since these questions are explicitly multi-disciplinary in their conceptual underpinnings, we are eager to bring together a team of contributors coming from various academic backgrounds – comparative politics, foreign policy analysis, international political economy, and cultural studies and sociology. This combination of variegated approaches might be instrumental in uncovering different sides and angles of regionalism and spatiality in Central Asia and beyond, and thus giving more multidimensional vistas to all participants. The workshop will serve as a key point in the process of publishing a special issue in a well reputed peer-reviewed international journal, or an edited volume with one of the leading global publishers.

Contact:
Prof. Andrey Makarychev, Tartu Ülikool
This email address is being protected from spambots. You need JavaScript enabled to view it.

10:00 – Registration, morning coffee and opening of the workshop

10:00 – 11:30 Round table: “International Relations and the Home-Grown Knowledge in the Global South: Towards a Comparative Framework for Analysis”