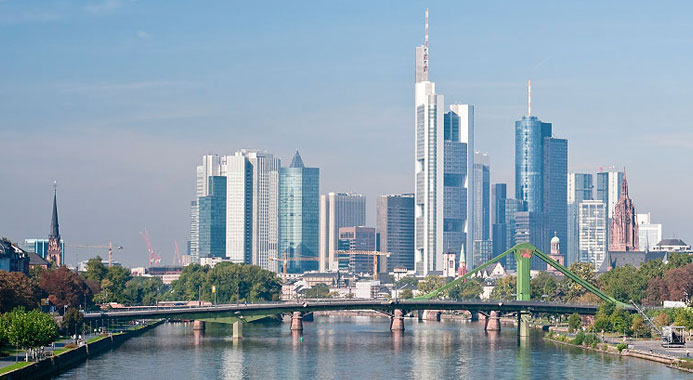 After Istanbul (2005), Ljubljana (2008) and Porto (2011), the fourth WISC Global International Studies Conference took place in Frankfurt, Germany (6-9 August). At the beautiful historical site of Campus Westend at Goethe University, WISC 2014 took on the challenge to further strengthen the development of WISC as a global professional organization of International Studies.

In Frankfurt WISC had to compete both with academic holiday time and other international conferences taking place at the same time (such as ISA-FLACSO in Buenos Aires). This resulted in a somewhat smaller number of participants compared to previous WISC conferences. Nevertheless, feedback by participants at the time of the conference as well as afterwards indicated that the conference turned out to be seen as a great success. Around 750 scholars from more than 70 countries participated. In line with WISC’s mission of expanding global and regional contacts among scholars, especially as far as the Global South is concerned, the local organizers managed to raise a large amount of funds for travel grants. Over 60 individuals from all over the world could be supported in one way or another to attend the conference.

The conference itself went quite smoothly. Weather certainly helped. But as always, success was due mainly to the work of many individuals in the background. In this context we are grateful in particular to the local Organizing Committee, especially the Executive Conference Manager Ursula Stark Urrestarazu and her team of student assistants and volunteers. In addition the organization of the conference benefitted significantly from the Program Committee under the efficient and dedicated leadership of the Program Chair, Andrei Melville (National Research University, Moscow), who was joined by Marina Lebedeva (MGIMO, Moscow), Cooper Drury (Missouri University, USA) and Navnita Chadha Behera (University of Delhi, India). Finally we thank Tom Volgy (University of Arizona, ISA Executive Director) and Knud-Erik Jørgensen (Aarhus University, President EISA Governing Council). All of us who know how ISA and EISA operate know how vital it is to be able to draw on the expertise of colleagues such as Tom and Knud Erik.

The Conference itself opened with a plenary roundtable on IR Theory Beyond the West? Prospects for a Global IR Discipline with the participation of Navnita Chadha Behera, Barry Buzan, Knud-Erik Jørgensen and Andrei Melville. Other program highlights were three semiplenary sessions on The Past, Present and Future of WISC, Current issues in Nuclear Proliferation and on Frankfurt, Critical Theory and (I)nternational Relations. The overarching theme of the conference - Justice, Peace and Stability: Risks and Opportunities for Governance and Development - was translated into a broad spectrum of topics which were discussed in over 200 panels over four days.

All in all, the participants and organizers felt that WISC 2014 turned out to be a great success. However, the organizational goal of developing WISC into a truly global professional network of International Studies remains a continuing challenge. Among others this relates to the goal of having the first WISC conference outside of Europe. In order to address this and other challenges the new Executive Secretariat has been given the mandate to submit a report to member associations in 2015 about the current state and possible future organizational development of WISC. The mission itself remains clear: WISC should provide an interaction space in which International Studies research expertise can be shared globally and thus contribute to the expansion of a truly global professional network. In the words of the founding Executive Secretary of WISC, John Groom, the key challenge for WISC boils down to identifying in what field (or with regard to what professional activities) it can “become No. 1”. We invite all member associations of WISC as well as individual scholars to contribute to this debate.